or if that doesn't work :

(and you can also write in German if you like)
: 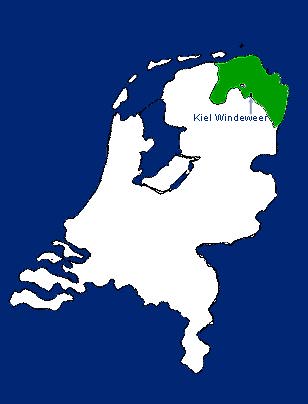 Note I get loads of mails. The majority are about pills, lonely ladies, Nigerian bankaccounts, investment advice, "updates from microsoft" to destroy my PC, answers to mails which I've never sent, mailservers bouncing messages because some cretin 'borrowed' my adress, penis extensions and other crap which doesn't cheer me up terribly. Mailwasher rules, together with the deletebutton, so there may be some collateral damage.
TIP: To ensure your message reaches me a normal name helps. If you're really named Dr Obote etc tough luck. A relevant header (Hello,  Hey or loads of exclamationmarks are not clever) and a small filesize without attachments are a good thing.
And if you don't get an answer immediately it could just be that I'm busy!


Also note that if you do get an answer it may seem very brief! This is however an optical illusion as probably twice as many keys were pressed to type and correct the message !  Secondly short and succint replies are proof that the mesagge is a genuine reply created by a native northerner of the province of Groningen 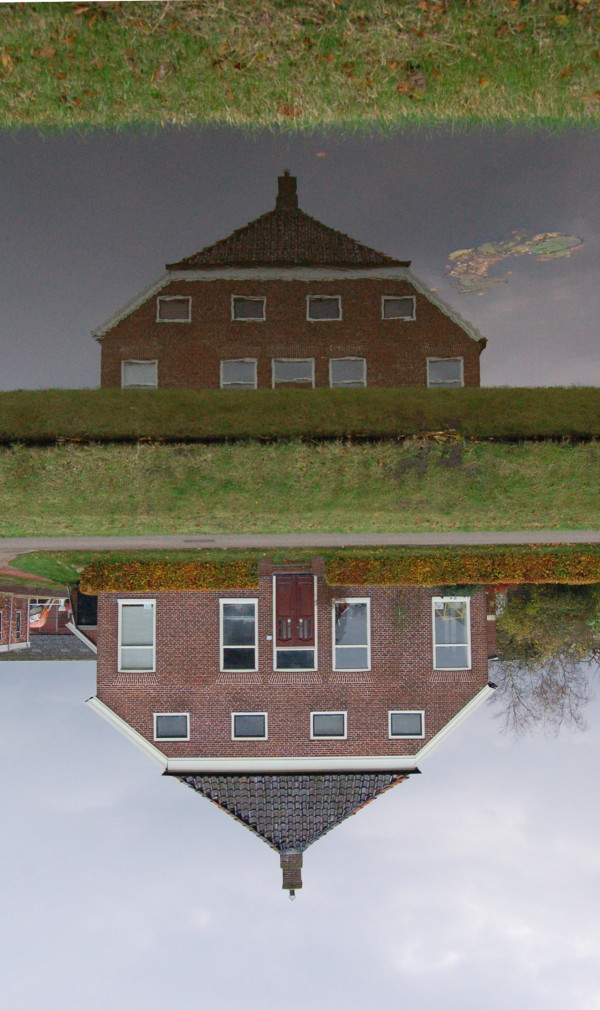 How to get to Kiel Windeweer?
(visit by prior appointment only!)

Kiel Windeweer is centrally located between London, Paris, Copenhagen and Berlin. However if you rather think in terms of Zuidlaren. Hoogezand and Veendam that is fine too.

by bicycle
from Groningen: Haren-Glimmen-Midlaren-Zuidlaren-De Groeve:

Or ( a much more open route for those who like shipbuilding)  turn right leaving the station, there is a cyclepath right next to the rails. Keep following the rails (there is a right turn at the next railwaystation) and continue on the cyclepath. Jjust before the sharp left over the bridge (your nose will tell you when, it's at the refuse collection facilty) , turn right at the next bridge at the end of the cyclepath, cross the rails and go immediate right for the tunnel under the road. Follow the path taking care not to knock over the bird spotters, go left when the path turns right and head for the windmill, cross the road and turn right on the cycle track. Turn left in De Groeve, signposted Kiel Windeweer.
Turn right in Kiel Windeweer into the Dorpsstraat (along the canal)

From the direction of Assen
Loon-Gasteren-Anloo-Annen (with supermarkets) -Spijkerboor (nice pub)-Kiel Windeweer. The Dorpsstraat starts this end with No 314, 132 is a few kilometers further down the road!

With public transport
By train to either Assen or Kropswolde, continuing by bicycle (25kms or 5kms)

As far as I can make out the bus service has been discontinued, unless a 2 kms walk counts as service

By car
A-28: exit Assen zuid, direction Veendam, 3rd exit on the roundabout Gieten, first exit Annen, continue as for the cycling route from Assen (Turn left before bridge after entering Kiel Windeweer) Note: the routeplanners route over Zuidlaren is best avoided during shopping hours.

A-7:exit Kolham, turn south in the direction of  Zuidlaren. On entering 'de Groeve' turn left for Kiel Windeweer. In Kiel Windeweer turn right before the bridge for the Dorpsstraat.
No 132 is opposite the church, you can park at the back

By Boat
The Kieldiep connects the Zuidlaardermeer with Stadskanaal and Germany, and can be used by motorboats up to approx 15m. No bridge service in the off season. 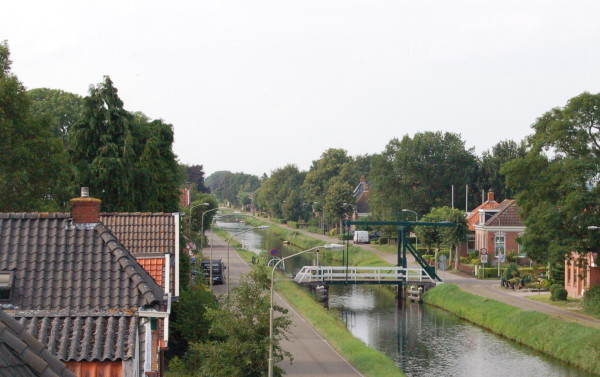 Can I risk going to Kiel Windeweer?
Kiel Windeweer lies smack in the middle of several natural gas fields, and right on the edge of the saltmining by Nedmag. These activities pose no risks what so ever (company statements). Or you might check the Eartquake stats of the KNMI to see of buildings are still standing

Kiel Windeweer (municipality of Hoogezand-Sappemeer) is a village 20 km south-east of the city of Groningen, just on the border with the province of Drente. The character of this village along the canal is largely unchanged, and the draining ditches and swing bridges are still present. The ditches and canals were dug to transport the peat to the city of Groningen which owned the land..The peat is gone now, farmland remains and the NAM is now hunting for natural gas.
Until recently the canal was closed to shipping, which was a more formal way of expressing the fact that most bridges were welded shut. However, due to the wonders of European grants the bridges are now replaced, so you could be the first second to reach us by boat if you don't mind a few dozen bridges!

Farming and livestock still dominates the village. Popular crops are potatoes, sugarbeet, corn and maize. And some black and white cows, and luckily not many pigs and the occasional horse, donkey or pony.

What else is Kiel Windeweer famous for: First there are our opposite neighbours Jan & Marola who run a tiny hotel with a wonderfull kitchen in the converted church: de Amshoff . If cycling is to much work you can can get an Italian motorcycle at HMI  or even heavier metal at  USA-cars / EPS (actually based in 'Nieuwe Compagnie', another typical name from our past as a fen colony) .

Other area's where Kiel Windeweer leads the way: we have 7 km of canal, 10 swivel bridges, 4 drawbridges and 1 lock.